As our loyal readers surely remembers we have touched upon the subject of virtual reality and alternative input devices before. This was a common theme in the first year of this web log. Back in february 2007 when we launched I posted Whats that noise about Second Life? with this analysis:

I am pretty sure that this is overhyped now but in a distant future something like this will be the way to surf just like cyberpunk prophet William Gibson predicted 23 years ago in the excellent novel Neuromancer.

7 years later and it has not come true. Yet. I haven’t really followed the area lately so when the news of Facebook buying Oculus VR (along with Sony releasing a similar device) appeared on my radar I thought it fun to explore a bit more. Apparently indie game superstars Mojang were in talks with Oculus to launch minecraft into their virtual environment. It seems like these talks were in an early phase and naturally notch et al did not like the idea of talking with facebook instead and ended to collaboration efforts right away. That is sad because getting minecraft into a VR platform would certainly kick start things right away. On the other hand - facebook clearly see the technology as mature enough to bet on and that may be a good sign for virtual reality overall. 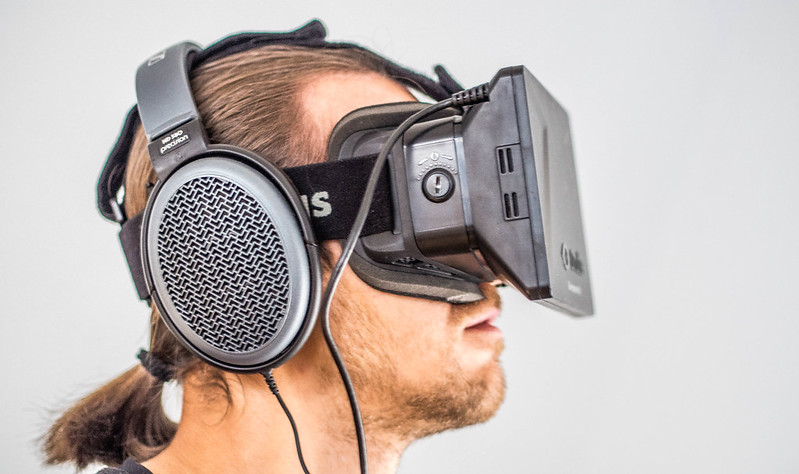 The guy above is trying out the Oculus Rift. Isn’t it still a bit big? I get steampunkish feelings! Something like this: 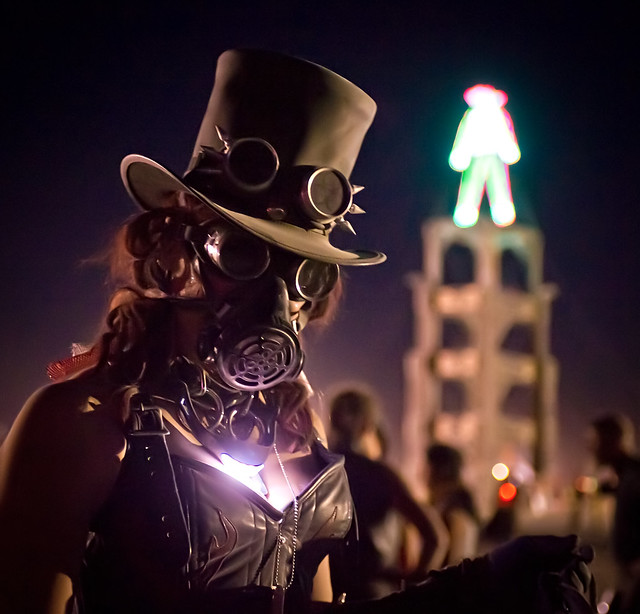 Oculus was kickstarted into existance. Some of its backers may feel a bit disillusioned after the facebook acquisition as Andrew Vestal summed up over on twitter:

"I Kickstarted the Oculus Rift, what do I get?" You get a lesson in how capitalism works.

Not unsurprisingly Sony is on the move and unveiled Morpheus at GDC just some weeks ago. It looks slicker (as you would expect) but is basically the same deal conceptually and technically. While it is now possible to get virtual reality visuals there is still lots of work to be done when it comes to interacting with this world. Most of the examples I have seen in my short googling session involves either a classic console controller or some kind of wii-like pointer thing.

Another fun post to reread 7 years later is Gartner on virtual worlds where I bashed a ridiculous prophecy by gartner that by 2011 80% of internet users will have a second life in one of the emerging virtual reality platforms. That didn’t come true - not because it is a bad idea but because interface technologies weren’t mature enough for it. the average user is not impressed by a virtual world accessed via the standard keyboard/mouse/screen peripherals. New ways to interact with computer and cloud is a must to get somewhere when it comes to virtual reality. Also important is the killer application that makes us all want to get inside. I doubt that it will be facebook that delivers this killer application but you never know. Given their huge user base anything can happen. And we will surely continue the miserable path of proprietary protocols for human interaction.

I leave you with this good overview of the current state of affairs compiled by the verge: