Recently I found myself with the task of writing a database script to update some stuff in production. Since I have no power over the machine in question I decided to do it in bash. While doing it I picked up a couple of new spells that needed to be documented somehwere. Like here! 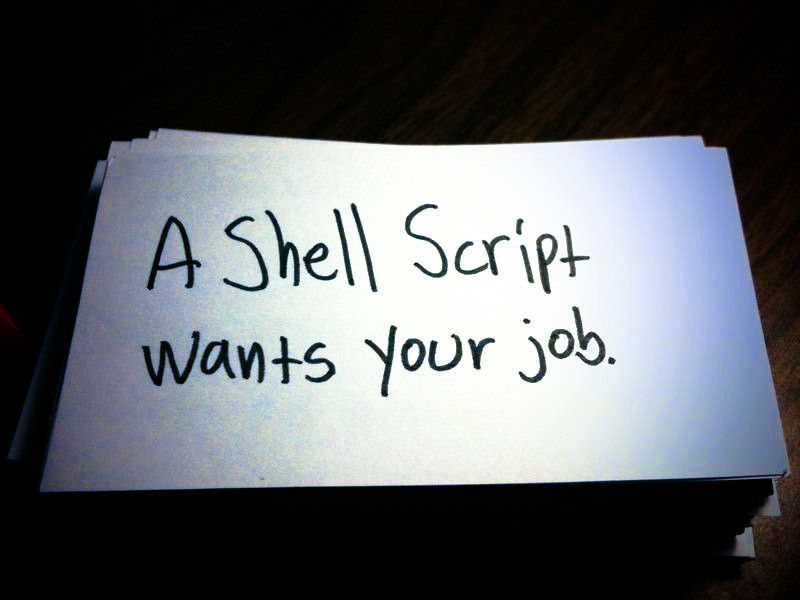 I normally use mostly the fist one to get stuff into a file but got into some problems. It turned out that a single > overwrites the argument file while >> appends to it. Since I was looping over values and appending them to a result file the second option worked this time. I also cut and pasted a usage of <<< when sending the result of a command to a read command. I am still not entirely sure about what this is. Lots of information about redirection can be found in the Bash Hackers Wiki (an overall good resource on bash - stackoverflow does not rule everywhere yet).

Redirecting a file into a while loop using read for iterations

It is possible to send a file into a while loop like this:

This will read a 3 column tab separated file one line at a time into the X, Y and Z variables. The read command default to tab separation. It is possible to set another separator with the IFS env variable. I had some problem running this on older versions of bash (production….) so I abandoned it and converted data to tab sepearated files again. With bash 4.3 on Mint the IFS way of doig it works fine.

The read command is generally cool. It can split any data into parts. Above it is used to get values from a tab separated file inside a while loop criteria. I also used it for splitting the result of a grep command:

Of course - in this case you need to be sure that there will be only one hit from the grep command.

…can be hard to work with. When greping on something with a tab character it is useful to use the perl style regexp:

I learned that it is possible to select into a variable. For example the last insert id could be useful to have around for other queries.

and as you see you can also select it directly. When called in a bash script you can then save it into a variable to use for logging or further processing.

Well that is about it for now. Happy bashing bashers!